1. AN ALLEGORY IN HISTORY-ELVIS PRESLEY & “WAY DOWN” 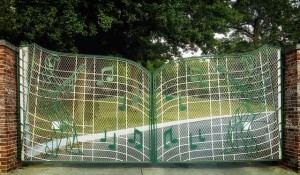 Sin is everywhere. In fact, much of it is, by many, no longer even regarded as sin. Because God loves his people, as these pages demonstrate, the tribulation will begin late next year, 2017, and great suffering is just ahead. Indeed, the people are being, and will be, shamed. There is one answer for all and He is Jesus. People need to cast aside their pride and submit fully to Him. Note the following from a recent portion of God’s design in history and compare it with Dan 12:1-7 NASB:

Elvis Presley, having been raised in the church, divorced with a young child, with his fiancée asleep in the next room, his body containing many pharmaceuticals, a book called “Sex and Psychic Energy” with him, having on occasion preached to a group of women and then engaged in sex with one of his choosing, who once gave his wife a black eye, who read, apparently with more than academic interest, much in the way of false religion, who was also known by many as mostly and exceptionally fun-loving, kind, and generous, laid near the toilet, along with his “resistance”, with his buttocks exposed, on his bathroom floor at Graceland and, before he died, experienced the love of God “Way Down”. Check out the Elvis Presley story including the song “Way Down”, the A-side of what turned out to be his last nonposthumously released single.

Elvis, of course, is also typological of Christ, the true head of Graceland, the truly righteous one who died a humiliating death, paying the price for sin so that sinners would be saved if they would believe in him.

Famed Jewish songwriter Paul Simon, who wrote “Bridge Over Troubled Water”, has indicated he considers the song a gift. He has stated that “sometimes you can channel something that’s going on and it comes through you and its yours but it isn’t really yours . . . its greater than who you are and you’re fortunate enough to be the channel”. Exactly what Paul Simon was experiencing is difficult to know but “Bridge Over Troubled Water” is clearly a Messianic message, a part of a history designed by God. The repeated phrase “Like a bridge over troubled water I will lay me down” has reference to the help Christ offers as a result of his crucifixion and resurrection. He helps the “weary”, the “down and out”, he will dry “tears”, he will take away the “pain”, and he offers friendship to those who ”need a friend” (Mt 11:28-30; Rev 21:4; John 15:13).

In the final verse, Simon speaks of “silver girl”. The idea was the result of the discovery of his soon-to-be wife’s first gray hair (or, possibly, gray hairs) and clearly connotes age. Age, in turn, connotes various problems including pain and even eventual death, all the result of sin. Furthermore and importantly, the female gender is, biblically, strongly symbolic of the church (Rev 19:7-9; 2 Cor 11:2). Thus, Paul Simon’s soon-to-be wife he called “silver girl”, while “silver girl” is also an aging church in trouble.

It is an amazing fact that, although “silver girl” is in trouble, she is, nevertheless, portrayed in this final verse as about to be greatly blessed. This is the exact situation that today’s church is in. It is a spiritually poor, troubled church about to go through the “tribulation” (see preceding pages). However, the tribulation is not just a time of suffering but, for some, a time of purification as well (Dan 12:1-10). Furthermore, Jesus stated that he would come “immediately after the tribulation of those days” (Mt 24:29-30). Click Bridge Over Troubled Water to hear a portion of God’s design in history.

On February 4, 1983, Karen Carpenter died at the age of 32 having lost a battle with anorexia nervosa. Released posthumously was a song she had recently recorded called “Now” .

Certainly, another critical reckoning of the 40 year period is the 40 years from 626 BC, a year following a sabbatical year, to 586 BC, i.e. from the year after Jeremiah, in the 13th year of Josiah, began to warn the people of Judah against worshiping false gods [3] (Jer 25:1-7) (see also, 2 Chr 34:18-28) to the year the Babylonians completed a successful siege of Jerusalem, recorded in, for example, 2 Kings 24:18-25:21. Accordingly, another critical reckoning of the 390 years is from 976 BC, a year following a sabbatical year late in King David’s reign during which King David would have been rejected by the northern tribes (2 Sam 20:1-2) to the year in which the siege of Jerusalem was concluded, 586 BC, seven years after Ezekiel first received the Ezk 4:1-8 instructions.

Of course God, through the prophet Ezekiel, was foretelling of the one who would, in actuality, bear the iniquities of his people as well as of another great siege of Jerusalem which history records as having occurred about 1,946 years ago. In 70 AD, the Romans completed a siege of Jerusalem, killing and exiling many. 390 years earlier was a year following the sabbatical year of 322 BC during which the Samaritans, descendants of the northern tribes of Israel, would have begun to worship at a just completed Samaritan temple, an abomination to God, built with permission given by Alexander the Great (Antiq. 11.8.4) about 10 years earlier. Furthermore, exactly forty years before this siege was a year following the sabbatical year of 29 AD during which Jesus, who was foreshadowed by the temples his people had profaned (John 2:13-22) and who was heir to the throne of David (Luke 1:26-38), the king and Christ type the northern tribes had rejected, was, in one of the greatest examples confirming that God designed history, crucified and rejected by his people.

1 The page one key applies to this article.

2 A prior reading of Appendix B (esp. Section 3 (M) is recommended.

3 This would have occurred in A627-A626 regardless of whether Jeremiah is giving Josiah’s 13th regnal year in terms of Abib to Abib years or in terms of Tishri to Tishri years.